the random musings of a 30-something

Dating makes me feel like Goldilocks, in search for that person who is just right. I was never a fan of Goldilocks… I always thought she was a fickle, annoying literary character. I fear becoming that way.

I went on a date with this guy the other week. I thought he was nice, maybe some potential could be there. I was still testing out the temperature while he seemed to like me… and I mean REALLY like me. I could tell this by about the hundredth time he told me that I was beautiful, that I had amazing eyes, that I was pretty much kick-ass, etc.

I wanted to tell him that I got it about the third time he said it. I know I’m awesome. I realize I’ll get no sympathy being on here complaining about how a guy wouldn’t stop complimenting me. I’m aware that makes me pretty much the worst.

But there is a balance, you know? And there is an art to reading your target audience. I’m not a girl who wants to be complimented every other sentence, particularly when it’s our first hang out and all the positives being called out are surface level. That doesn’t work for me. The only compliments I’m find real value in are ones from people who truly know me; compliments based on something deeper than genetics or fashion.

I didn’t work hard on my eyes. I didn’t earn my eyes. I got them through the luck of birth. But thanks.

(You are OF COURSE allowed to compliment my looks/eyes/etc. Everyone wants to be told they are pretty. It’s even encouraged, within reason. But there is a reasonable amount of times in one evening to share those thoughts with me. After that, it begins to feel disingenuous.)

Sometimes it’s just too much.

Or it’s too little.

A friend of mine has been dating someone for a couple months and from an outside view, there just seems to be too little depth there for the long term. It is, of course, a much more complicated story than that, but what it boils down to it that they seem to want different things. They seem to be different temperatures.

And this happens all the time in dating. Someone isn’t willing to compromise (which isn’t a dirty word) or grow or listen. Sometimes there’s not that much of a connection beyond the surface. Or the friendship is there and the romance isn’t. Or visa-versa. Or the timing is just off. Or one in a million other disconnects or imbalances or “not rights” might exist.

What one person has to offer is simply too little, too cold, for the other.

I think we tend to see these as negatives. I think we imagine that the rejected proverbial porridge is thrown out in the street, fed to the dogs, or washed down the drain. It feels wasted. We feel guilt for passing on something that may just be a temperature we do not enjoy. 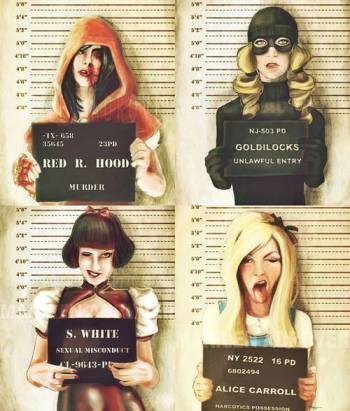 I don’t believe in the concept that we only have one right match for us, one soul mate, one love, one fit. Never have, never will. I wholeheartedly buy into the idea that we should be picky in dating. We should never settle for something that isn’t right. We should never, ever be in a relationship we are ambivalent about.

Don’t just grab any old porridge just because you are hungry. Be patient. Have faith. Keep being positive about it all. Get out there and get a taste of all the variety of porridge that exists. You will find the one that is just right for you. I believe it.

P.S.  I feel like a post-script is required, mentioning how one of my biggest problems with the Goldilocks tale is the fact that she is straight up breaking and entering then stealing. No. Don’t steal porridge, even if you think you might like the taste. Stealing is wrong, be it food or people. That is all.

Follow 30 IS THE NEW… Oh Never Mind. on WordPress.com